Founded by pediatric cardiologist, Dr. William Pinsky, Racing for Kids uses the popularity of motorsports to generate awareness and funding for children’s medical care. For the past 30 years, Racing For Kids  has been sponsoring celebrity racecar drivers to visit hospitals all over the United States, Brazil, Canada, Mexico, Japan and Australia. Hoping for another 30 years of racing fun and philanthropy, three young racecar drivers recently came to the children’s wing of Dell Children’s Hospital to bring cheer and support to the kids staying there. What a real treat to host this year’s visit in our home base of Austin – in years past, our opportunity to participate has been in Dallas, Houston or even further away.

Everyone had a really great time! The celebrity guests included IndyCar racer Santino Ferrucci, who drives for Dale Coyne Racing and Andretti Autosport, along with Indy Lights racers Oliver Askew and Robert Megennis. The racers were as excited as the kids to color with crayons, playing toy cars with the toddlers and talking shop with the teens. How much does a tire cost? How fast can you go? Are you afraid you might crash? Santino vividly described the safety harness and fireproof suit amidst laughter and jokes, and Robert showed off his racing helmet and talked about the upcoming race.

This was a real treat for our own avid supporter, Matt Ache (President of TyRex).  Matt has a real passion for racing, and recalls breaking his femur at six years old –  he himself was visited by racecar drivers Billy Scott and Johnny Rutherford while he was recovering in Indianapolis. Matt has supported Racing for Kids for the past 20 years with a generous annual donation made on behalf of iRex, as part of the TyRex Technology Family’s community involvement initiatives. He says he couldn’t be more thrilled to be supporting such an impactful program, which is so similar to the one he experienced growing up. Racing for Kids has impacted the lives of over 35,000 children!

Local news outlet KXAN was there; here’s their story – https://www.kxan.com/news/local/austin/indycar-drivers-visit-patients-at-dell-children-s-before-weekend-races/1866987785 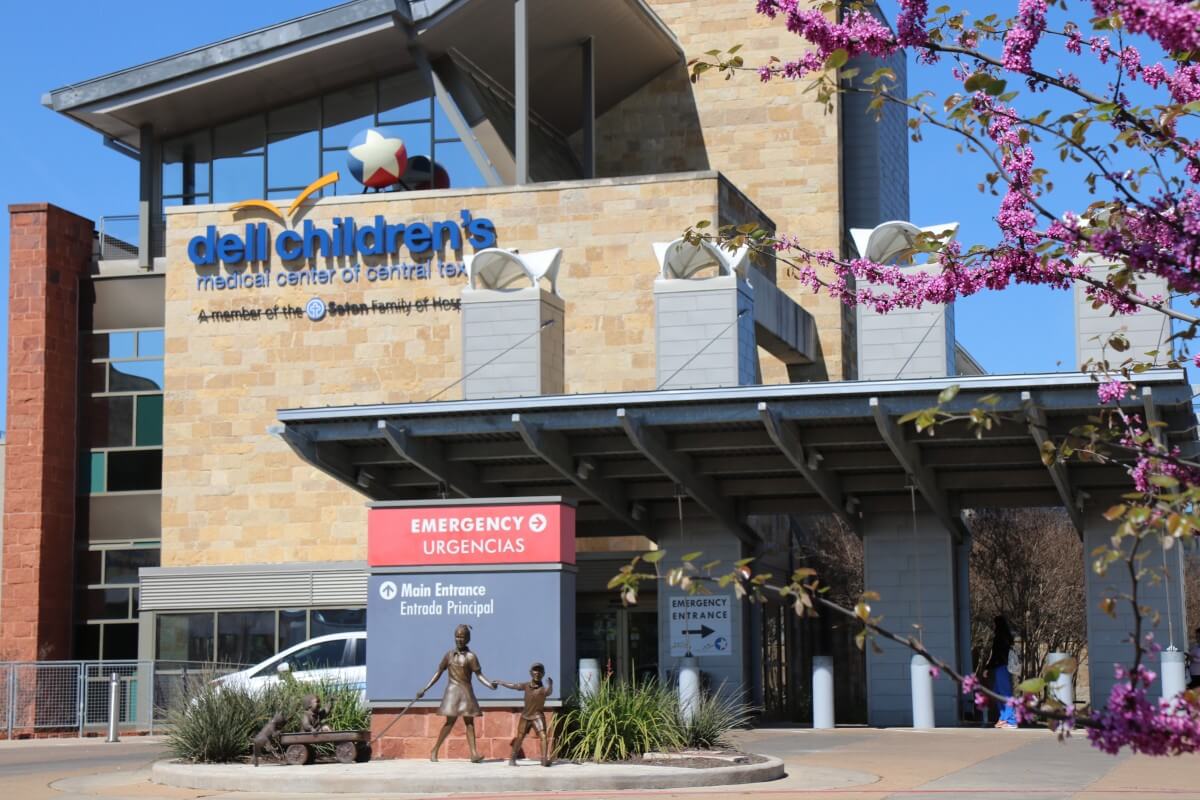 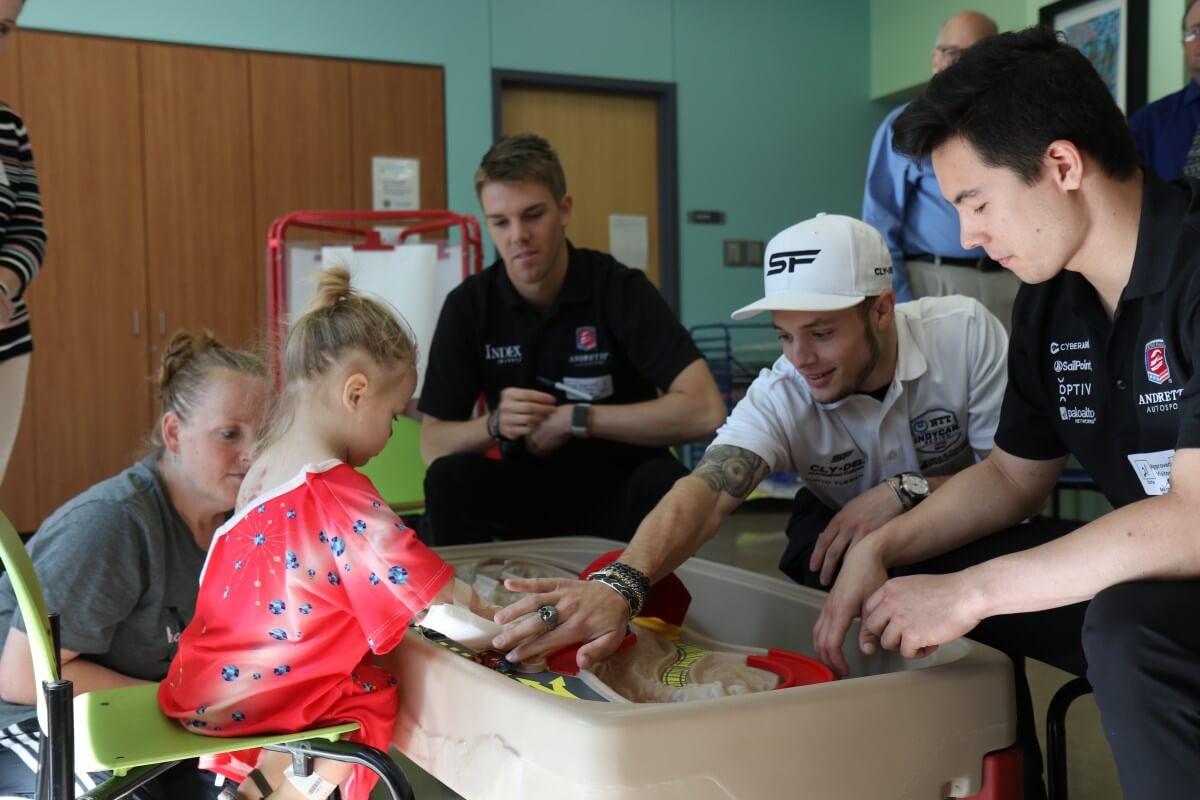 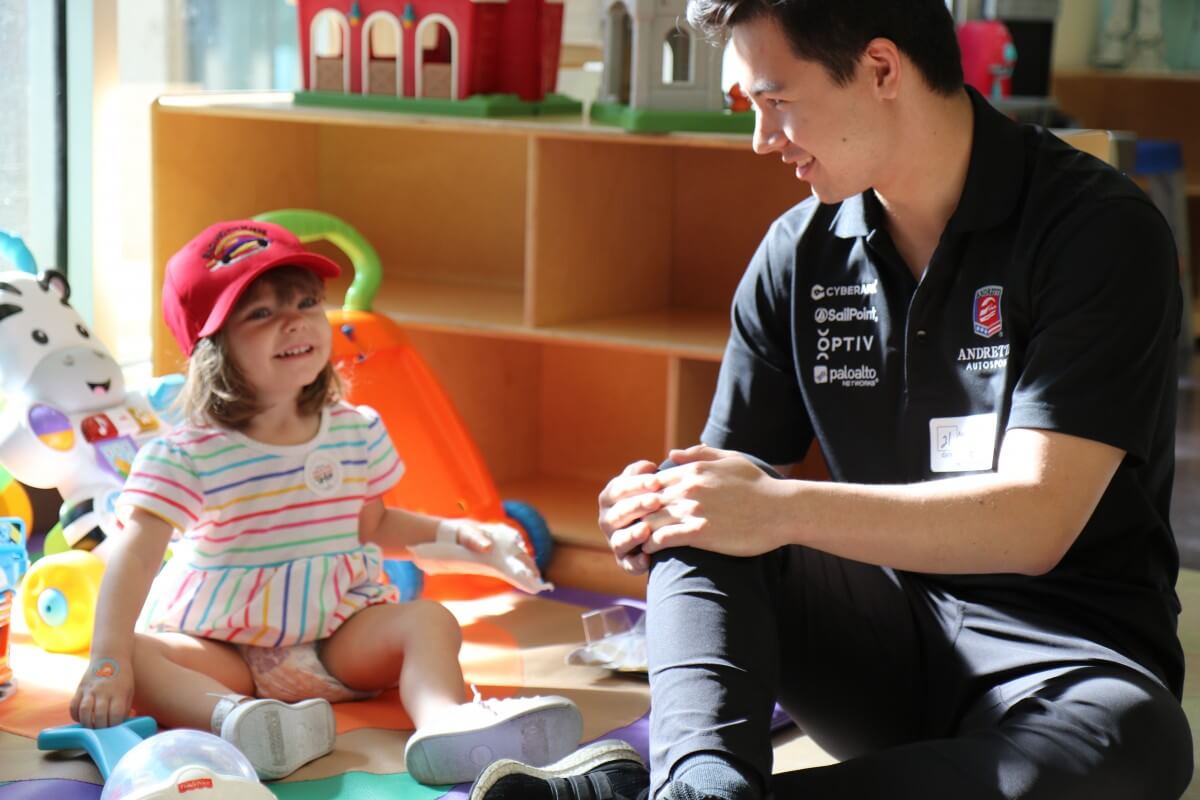 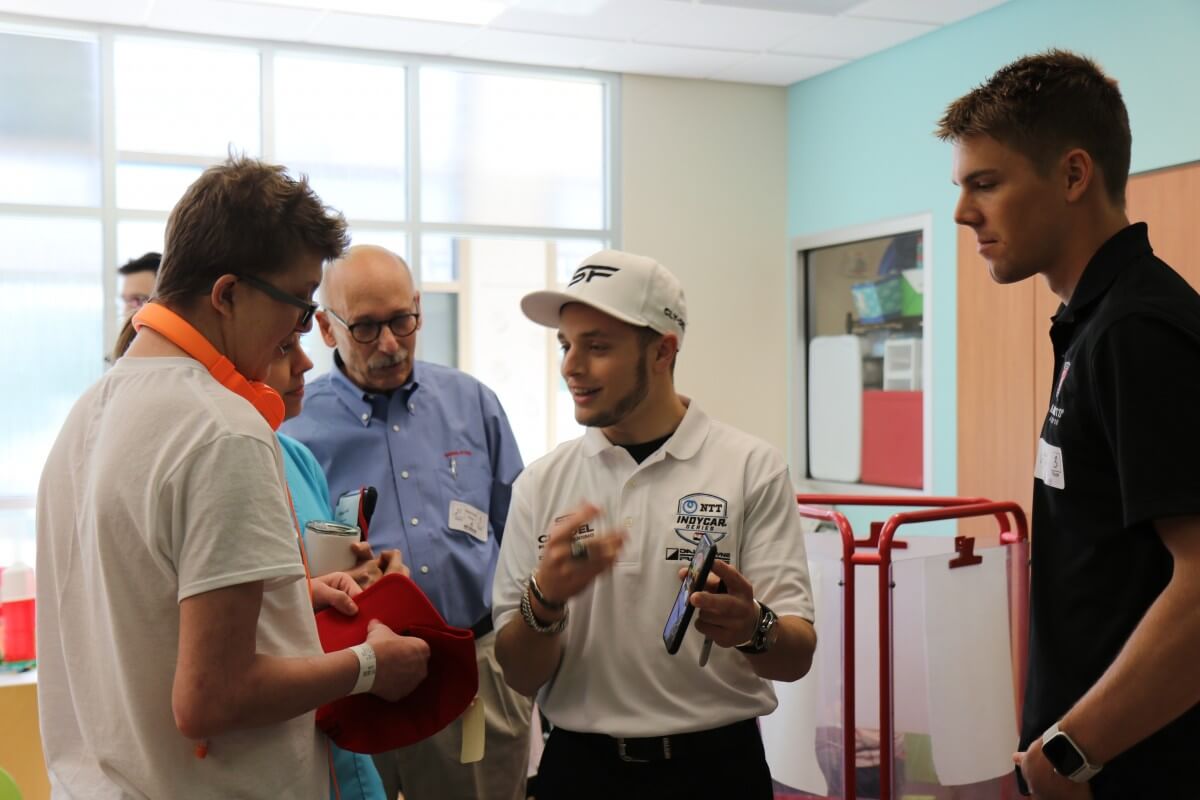 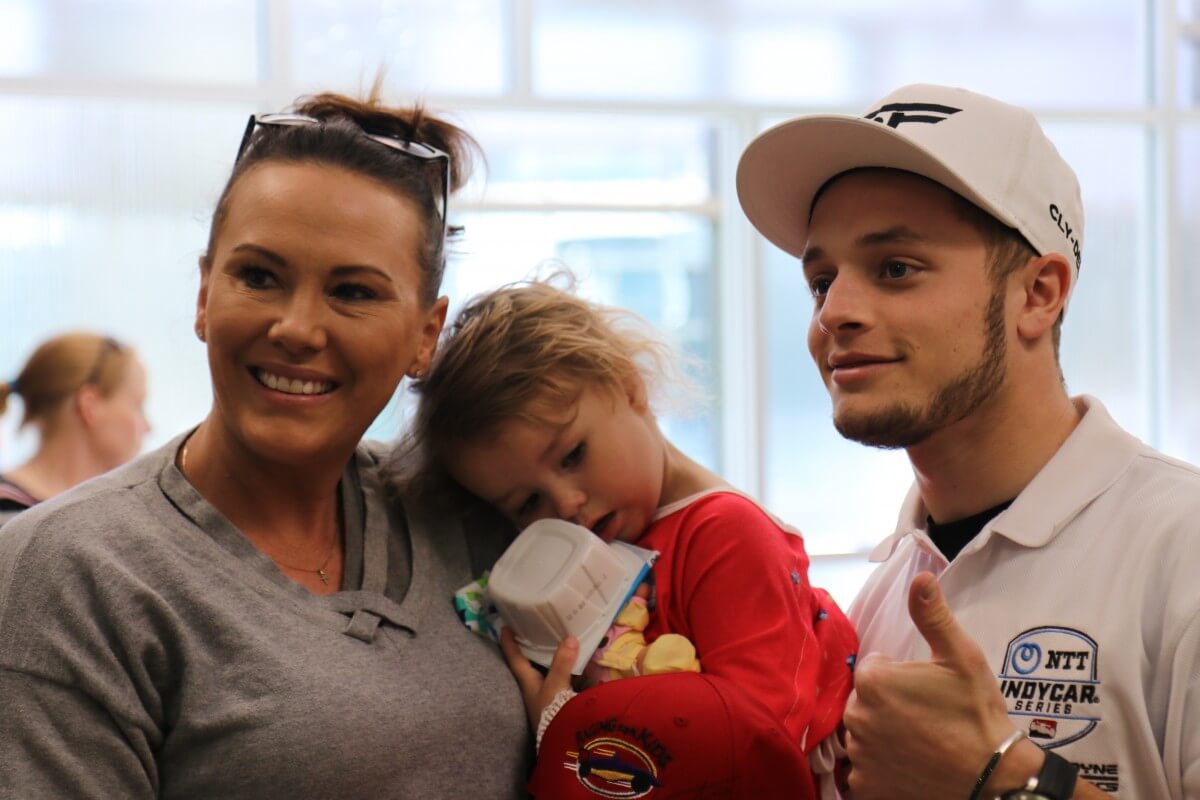 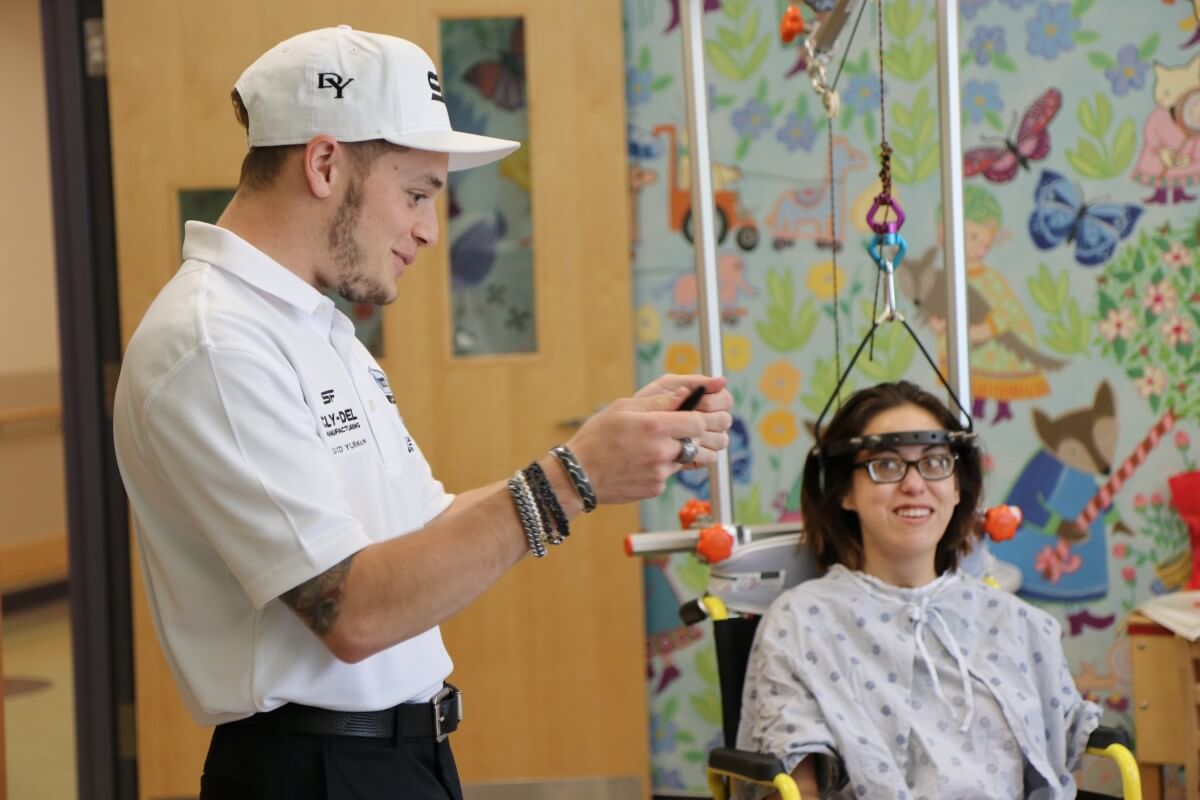 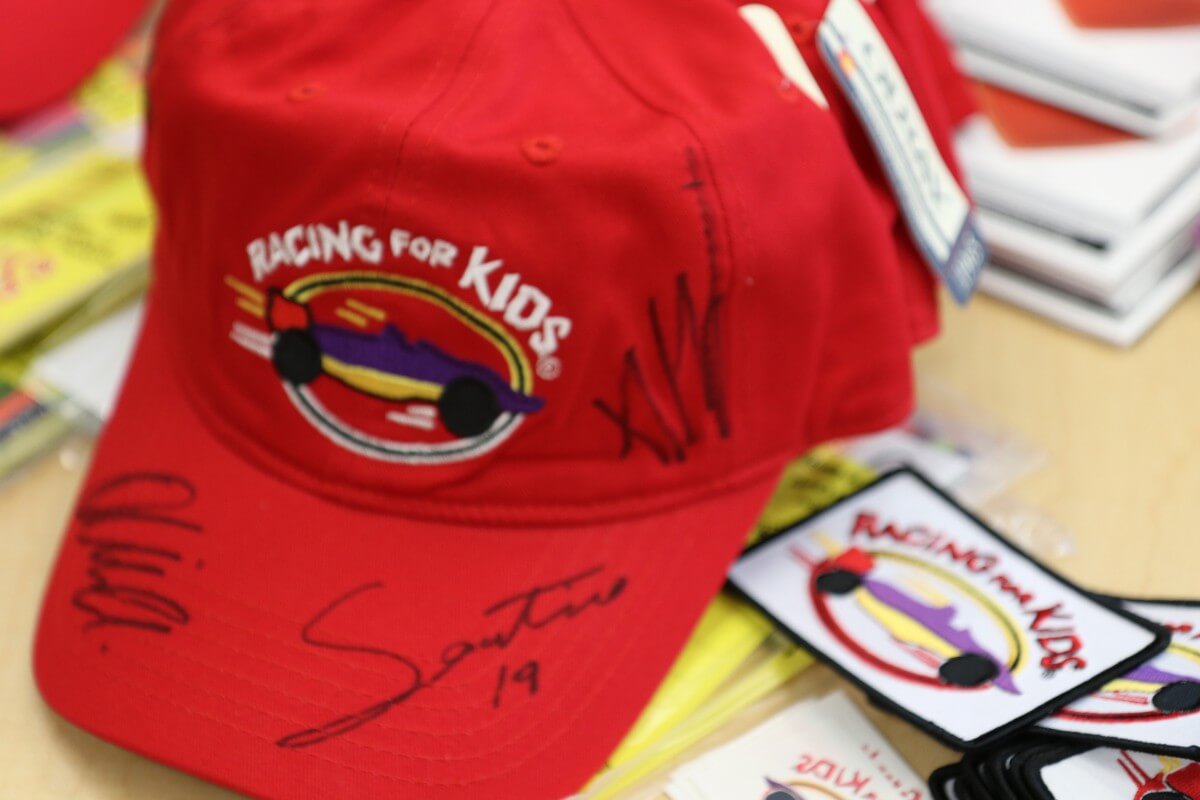 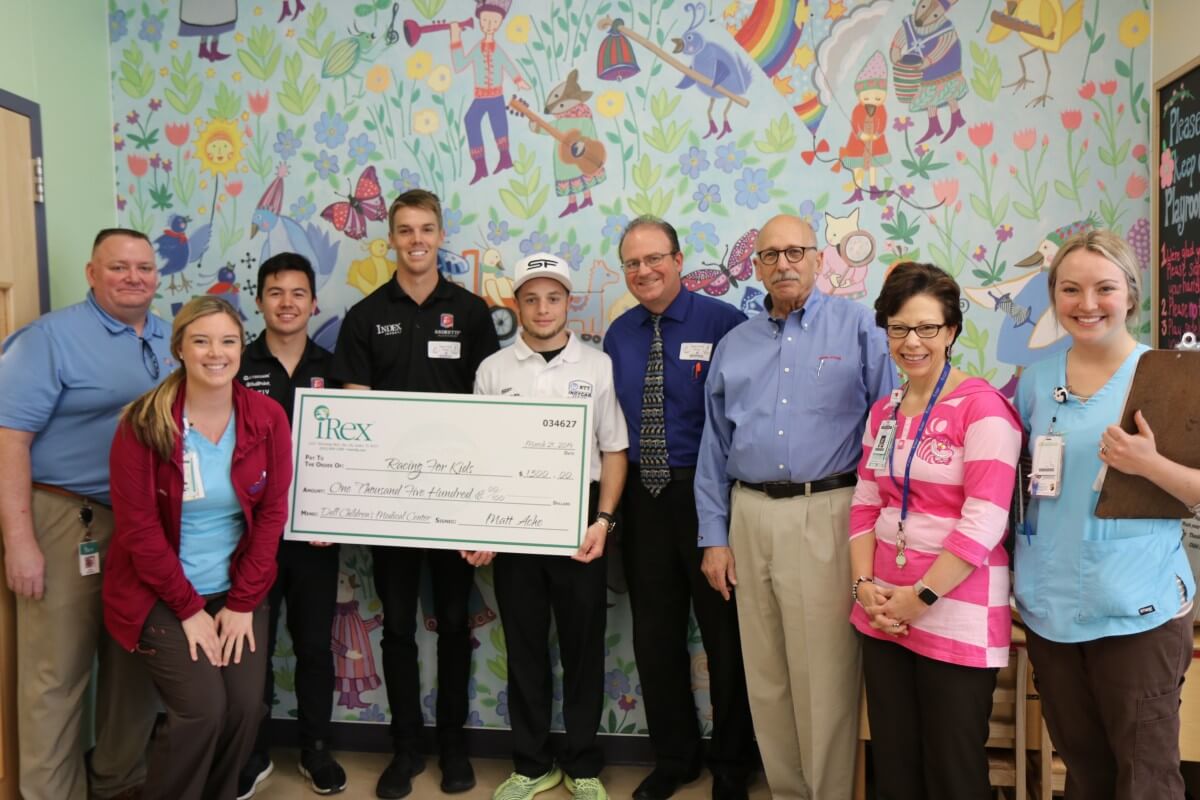 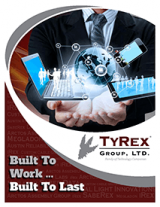 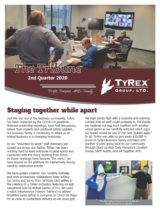